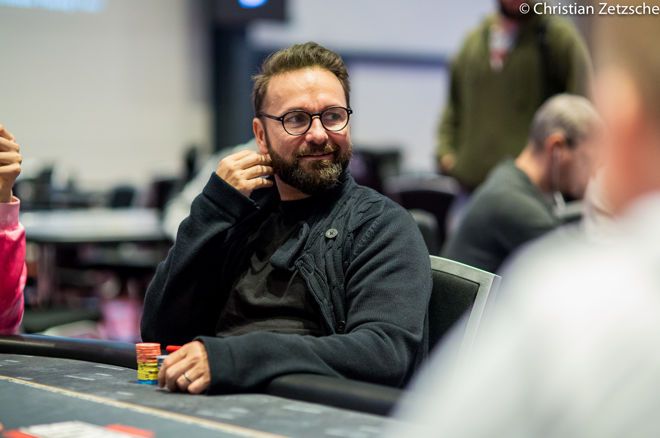 The $300,000 GG Masters tournament at GGPoker saw a field of more than 2,000 compete last week and this Sunday’s event will have one more because the site’s sponsored pro Daniel Negreanu is competing in it.

Negreanu is jetting off from his Las Vegas home to his native Toronto in order to sit down in the GG Masters. What’s more, Negreanu plans to stream his play in the $300,000 guaranteed event on his personal Twitch channel, giving fans a glimpse of how a six-time World Series of Poker bracelet winner approaches such a prestigious tournament.

WHO YOU GOTTA BEAT THIS SUNDAY?

just setting up my twttr

Players are urged to register for the GG Masters as soon as possible, doing so does have its advantages.

Everyone who buys in before the first cards are pitched is automatically protected by bubble protection. This means if you’re one of the people who narrowly misses out on cashing, you receive your buy-in back.

The number of players who the bubble changes depending on how many players buy in. Last week saw four players receive their $150 back.

just setting up my twttr

What is the GG Masters?

GG Masters is a $150 buy-in $300,000 guaranteed weekly freezeout tournament with a twist. The twist is everyone earns GG Masters Player of the Year points when they compete in the tournament and some epic prizes are up for grabs at the end of the year.

You earn points based on your finishing position, with additional points scored for reaching the money, the final table, and, of course, winning!

“mrbradleyy” from the United Kingdom is the current leader with 1,199.71 points. There’s hardly anything to choose between them and second-placed “MwonderchilD” of Malta who has 1,129.19 points.

Indeed, the current top five each have more than 1,000 points to their name, and with another 46 GG Masters yet to play, the race for the overall title is wide open.

Finishing at the top of the leaderboard at the end of 2020 sees that player become an ambassador of GG worth up to $500,000. Those finishing in second through 10th each receive free tickets to every GG Master during 2021, which is worth $7,800 if the buy-in remains the same.

Now is the perfect time to become a GGPoker customer because you can not only take on Negreanu at the virtual felt, you can also bag a 200% up to $600 welcome bonus. This releases in $10 increments for every 6,000 Fish Buffet point you generate, or $60 in rake in layman’s terms, and you have 90-days to release as much as you can.

Furthermore, PokerNews recently learned GGPoker is to launch its own take on jackpot sit & go tournaments. Known as Sit & Gold, these three-handed hyper-turbo tournaments make it possible to play for a share of $600,000 and do so in only a couple of minutes.

Download GGPoker today, boost your bankroll with the $600 bonus, gain the respect of your peers by busting Negreanu from the GG Masters, and get ready to win massive sums of cash in Sit & Gold tournaments.