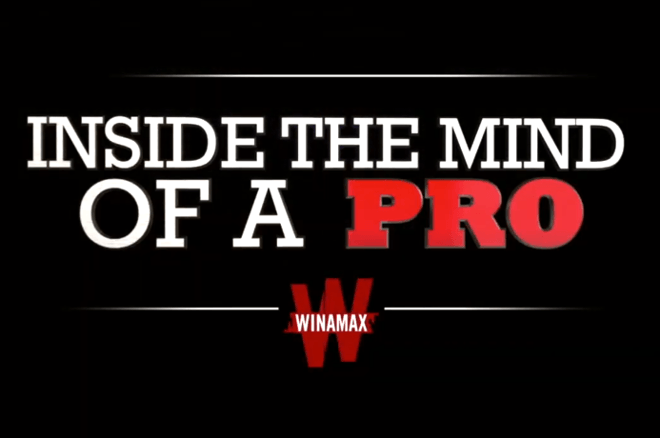 Have you ever wondered what goes through a poker player’s mind when they’re deep in the tank at a final table? Winamax are giving you the chance to immerse yourself in the action at some of the largest poker tournaments ont he professional circuit with their Inside The Mind of a Pro video series.

The series features behind-the-scenes footage and commentary from Winamax Team Pros such as Pierre Calamusa, Joao Vieira, Aladin Reskallah, Mustapha Kanit and Ivan Deyra and hopes to shine a light on the thought process that goes into making decisions whilst at the tables.

The first in what is rumoured to be over thirty 40-minute episodes from the 2019 World Series of Poker will be released on the Winamax Europe YouTube on February 17th and will follow Davidi Kitai during the WSOP $5,000 Six-Max Event.

History of Inside the Mind of a Pro

The popular ‘Dans la Tête d’un Pro’ has existed in French for several years, featuring tournaments at festivals such as the PokerStars Caribbean Adventure, World Series of Poker and partypoker MILLIONS, but Winamax are now bringing it to English.

Although details of future episodes have not yet been released, it is notable that the series should start with this specific event. While Kitai failed to cash, two Team Pros managed to make the final table, with Pierre Calamusa finishing fourth and Joao Vieira winning his first bracelet and $758,011.

Meanwhile there was also success for Ivan Deyra, winning the $3,000 No-Limit Hold’em event for $380,090. We will have to wait and see whether either of these triumphs are featured on the ‘Inside The Mind of a Pro’ series.

Eagles lose Brandon Brooks for the season
3 hours ago