Hand Review: Ali Imsirovic Gets Creative With a Short Stack 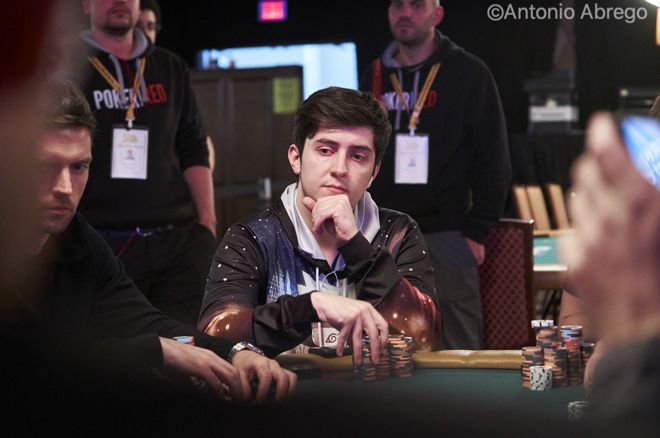 Covering live poker tournaments for a living affords me the opportunity to see countless thousands of hands played out, many of which offer interesting and potentially valuable insights into how players — both amateurs and professionals — play the game. In this ongoing series, I’ll highlight hands I’ve seen at the tournaments I’ve covered and see if we can glean anything useful from them.

The 2019 partypoker Caribbean Poker Party is now well underway. To mark the occasion, I thought I’d share a hand I’ve had saved up for a little bit, one that caught my eye while spending a late night covering the $50,000 Super High Roller at last year’s Caribbean Poker Party.

Winter opened for 1.1 million on the button and Imsirovic defended his big blind. The flop came

Winter thought for about 30 seconds and finally called with

for eights and sixes, and he held on for the double-up when a

This hand stuck out to me because it’s hard to get creative with a short stack, but I thought Imsirovic went a little out of the box with his line on this one.

Preflop, Imsirovic defends his big blind with a suited king and flops pretty well when he finds a pair of sixes and a backdoor flush draw to go with the two eights on board. When heads-up against a player with a huge stack who is likely playing a wide range, this is overwhelmingly likely to be the best hand at the moment.

At deeper stack depths, most players I see play this hand as a check-call. When they are shorter like Imsirovic is here, I usually see players just check-jam.

Those plays make some sense. After all, when you’re deeper, there’s more risk of punting off your stack against a made hand against which you have few, if any outs. A bit of caution can be warranted, although there’s an argument that this hand is quite vulnerable and needs to be protected from overcards.

Meanwhile when short-stacked, running into a big hand is less of a concern. Securing the pot with the best of it and staying alive is a bigger deal, so players just shove because there’s more than 3 million in the pot already and they don’t want to be left guessing on the turn with less than a pot-sized bet left.

Facing a tiny bet from Winter, though, Imsirovic goes for a small check-raise. On a static board, this represents an intriguing play. After all, if he has an eight, he can milk some value out of his opponent. He may also bluff out some weak overcard hands if he does this with a straight draw to balance it. Adding some sixes to his check-raising range allows him to get a little protection and thicken his value range a little to account for all of the straight draws with which he can bluff.

The backdoor flush draw also gives him a little more security. In the event he is up against a big hand, he at least has a small chance to make a hand that will very likely win. Some equity, no matter how small, is better than no equity.

On the turn, Imsirovic picks up a flush draw and jams. Most likely, he was jamming most of the deck, and Winter is put in a tough spot after peeling the flop.

The pot is much larger than the shove, and his ace-high may be in decent shape depending on how many straight draws Imsirovic would bluff with. Winter winds up making a call that costs him a sizable pot and enables Imsirovic to get back into it, though Imsirovic would ultimately still go down in third. Winter would wind up finishing second while Giuseppe Iadisernia took the title.

It can be easy to go into robotic shove-or-fold mode when down to a short stack. But in this hand Imsirovic showed that some creativity can still be found, enabling him to work his way into a nice double deep in a high-dollar event.

NBA players tired of the talk, ready to walk
23 mins ago

NBA players tired of the talk, ready to walk
23 mins ago