Britain’s first hijab-wearing jockey Khadijah Mellah who won at Goodwood was preparing for her A-levels and fasting for Ramadan during training, presenter reveals

By Monica Greep For Mailonline

ITV presenter Oli Bell has praised the first hijab-wearing jockey Khadijah Mellah, from  for her ‘incredible’ win at Goodwood earlier this year.

The racing host mentored the 18-year-old, from Peckham, at Brixton’s Ebony Horse Club  – which aims to helps inner-city children ride horses – and has commended her for undergoing her training as she studied for her A-levels and fasted for Ramadan.

Her victory came just months after she got on a racehorse for the first time.

The pair appeared on Good Morning Britain today to speak about Khadijah’s win at the prestigious even in August, and Oli, 32,  spoke of how he wants to raise awareness of the club, which does ‘so much good for so many people’. 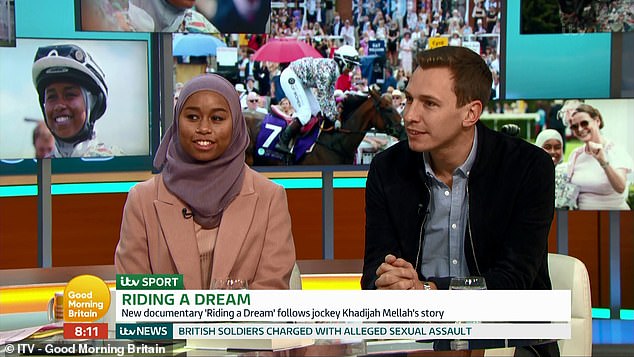 The first hijab-wearing jockey, Khadijah Mellah, 18, appeared this morning on Good Morning Britain with her mentor, ITV presenter Oli Bell, 32, to speak about her win at Goodwood earlier this year Khadijah is pictured riding Haverland at The Magnolia Cup The Goodwood Ladies’ Race at Goodwood Racecourse in August in Chichester, England

He said: ‘I’ve worked in racing my whole professional life. I’ve lived for about two or three years about a mile away and didn’t even know it existed.

‘It was something that really surprised me. I think as a community we need to know about these places that offer so much good for so many people.

‘The way it came about was, I tried to get exposure to Ebony as it’s had such a positive impact.

‘We needed to get a rider for the Magnolia Cup and really we only had Khadijah to chose from, as to qualify for the race you had to be 18 or over and it was a female- only race. 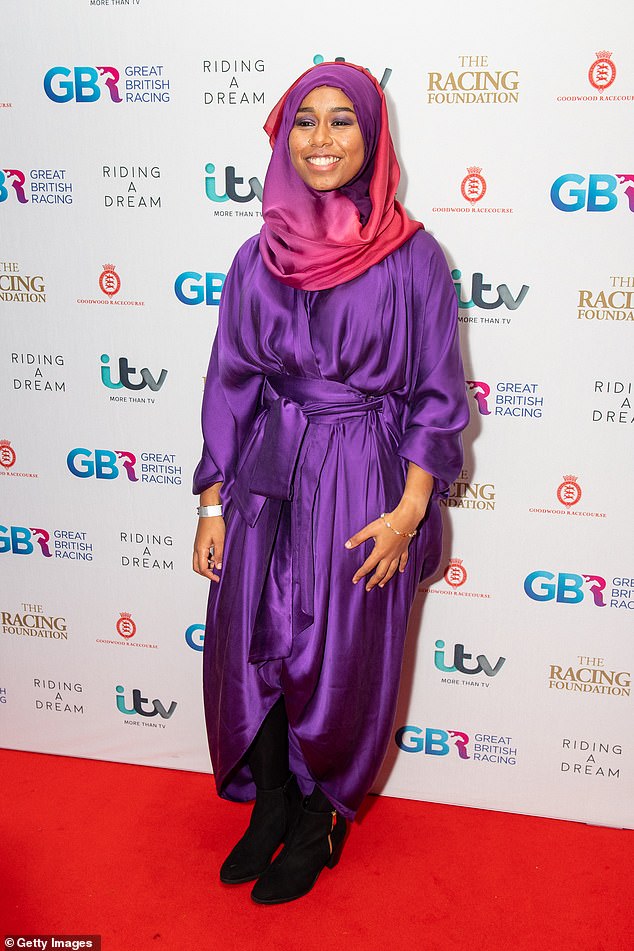 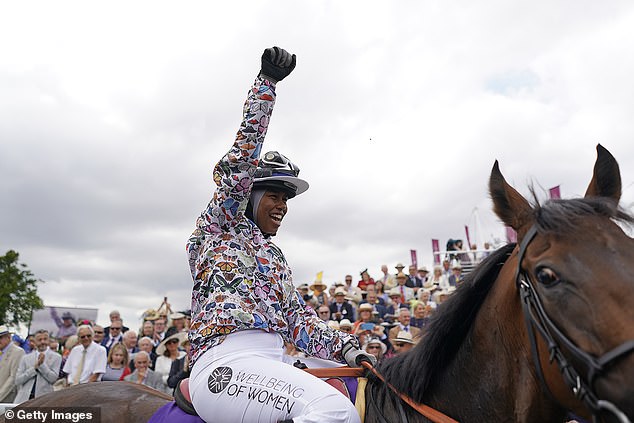 ‘But at the beginning, she was doing her A-levels and undertaking Ramadan as well so it was an incredible achievement.’

Ebony is based in South London’s Coldharbour Ward, and aims to encourage disadvantaged children to go to college, university or embark on horse-related careers, and Khadijah has called the club a ‘massive game changer’.

She said: ‘It was a massive game changer, I’ve been riding for about seven years now and if it wasn’t for Ebony and Oli I wouldn’t have been introduced to racing.

‘I wouldn’t have the basic skills to ride a horse in general.

‘There are so many young lives that have been changed through Ebony and i’m so glad there’s now coverage and it’s getting more well known.’ 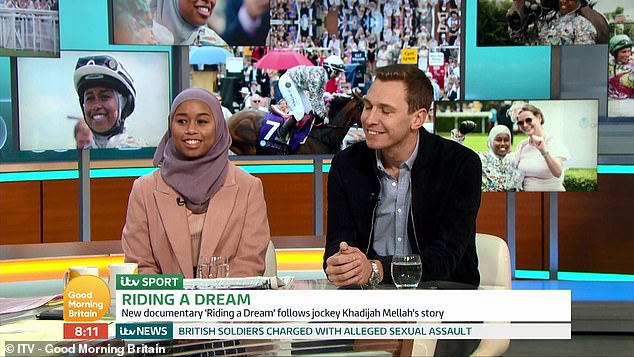 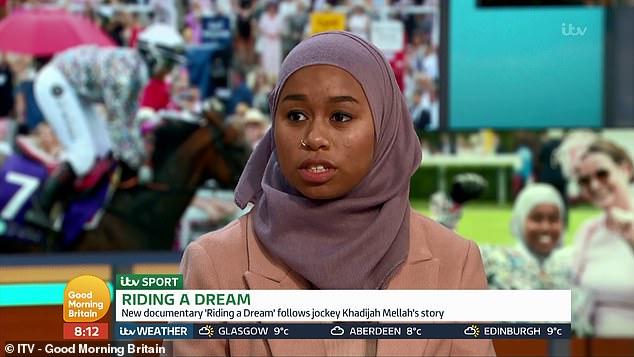 She went on to tell how she hopes her journey will shatter pre-existing conceptions of what a jockey can be, and present Islam in a ‘good light’

Oli added: ‘There’s many other children at Ebony who have incredible stories,  it’s a wonderful institution.’

Reflecting on her win at the Magnolia Cup earlier this year, the teenager admitted she was a ‘complete mess’ during the event – but was determined to ‘get in there and be first’.

She said: ‘Before the race I was a complete mess,  crying and nervous.

‘During the race I was also a mess,  a lot of screaming, I just got caught up in the moment. 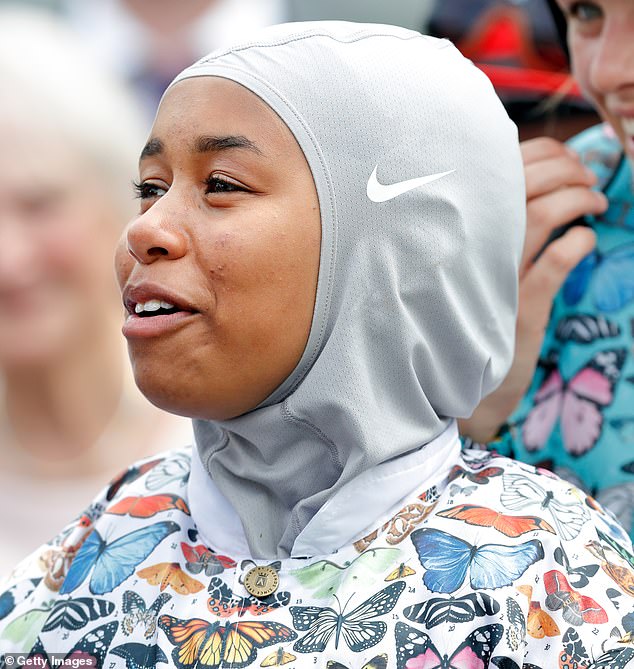 ‘I was like “I really wanna win this”. I don’t know what came over me. I was screaming to encourage the horse, for us to just get in there and be first.’

She went on to explain that she’s happy to challenge the preconceptions of what a jockey should look like, and is determined to show Islam in a ‘good light.’

She said: ‘I’m just glad there’s a story showing Islam in a good light and a positive way.

‘Because I’ve come across with people who associate Islam negativity and i’m so glad I can be a role model,  for not only Muslim girls – but girls in general.’