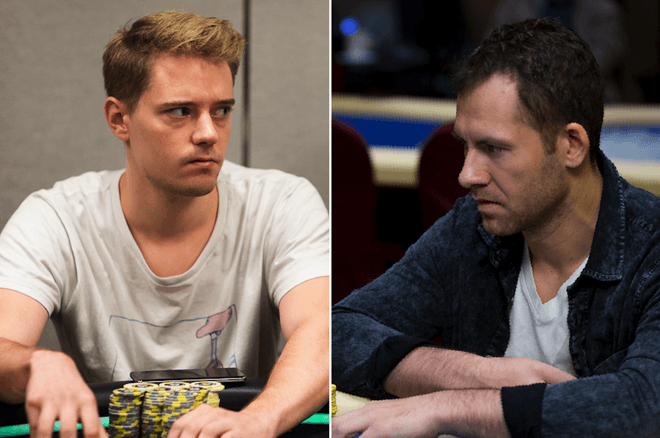 Poker pro and coach Jonathan Little has been producing a wide variety of strategy content for poker players for some time, including authoring multiple books and sharing videos and articles on his website and elsewhere, much of which is free to players of all levels seeking to improve their games.

Little started his popular “Weekly Poker Hand” series on YouTube more than five years ago, using the format to focus on particular concepts and common mistakes as illustrated in his hand analyses. In the episode shown below, Little analyzes a hand played in the big €2,000/€4,000 no-limit hold’em Triton Cash Game involving a couple of online legends, Linus “LLinusLove” Loeliger and Dan “Jungleman” Cates.

Little mentions how calling — which Cates does — is essentially the default play here, although folding small pairs can be an option as well. Everyone else folds, and with €58,000 in the middle the two players see a flop come

With a pair and open-ended straight draw, Loeliger checks. Little here focuses on Loeliger being out of position and how checking is often the play here, especially against looser opponents. Cates bets €18,000, which Little notes would often fold out overcards, and Loeliger calls, a move he likes Loeliger doing with his marginal made hand and draw.

The turn is the

giving Loeliger his straight, and he checks. Cates fires again — €48,000 into €94,000 — and Loeliger calls. On this street Little discusses both Loeliger’s slow playing and Cates’ bluffing (and likely plan to bluff the river) and reasons why both are good plays.

completes the board, Loeliger checks one more time, and Cates fires a big third barrel — €144,000. Loeliger has €274,000 behind, and so the last question concerns whether or not Loeliger should just go all in. He calls, though, and collects the big pot.

Watch Little’s full analysis below, during which he covers a number of concepts, including…

Jonathan Little is a professional poker player and author with over $7,000,000 in live tournament earnings. He writes a weekly educational blog and hosts a podcast at JonathanLittlePoker.com. Sign up to learn poker from Jonathan for free at PokerCoaching.com. You can follow him on Twitter @JonathanLittle.