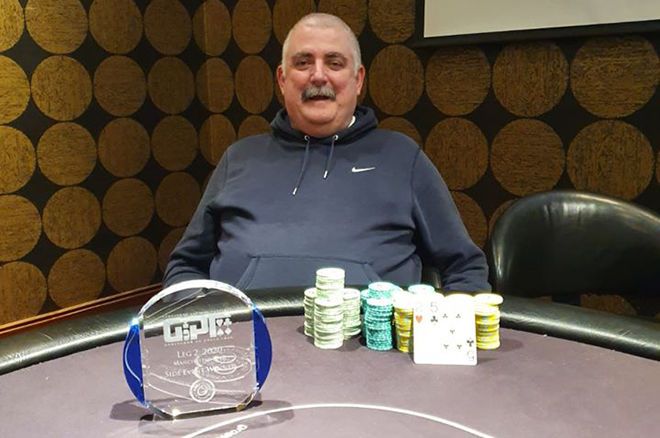 Mathew Seer and Ali Mallu have both secured side event titles at the 2020 GUKPT Manchester festival. Seer won the Mini Main Event while Mallu triumphed in the Seniors event.

Players such as Richard King, Jamie Nixon, Lee French, and Ryan Mandara all made it into the money.

Each of the nine finalists locked up at least £1,555 for their initial investment.

Paul Rigg was the first to fall. World Series of Poker bracelet winner Ben Dobson followed soon after. Mathew Swain, Carl Pickles and Garwo Chu busted in succession, leaving only four players in the hunt for the title.

That quartet struck a deal for the remainder of the prize pool, securing a minimum of £12,650. Adam Davies collected that sum before an anonymous player fell in third for a £12,850 score.

Seer then defeated John Cullen heads-up to resign Cullen to a £13,358 consolation prize and bank the now £25,000 top prize for himself.

The legendary Ali Mallu bamboozled his 70-opponents in the £150 Seniors side event. Mallu’s hyper loose-aggressive style is infamous on the British poker scene. It either sees him bust early or go all the way. The latter was true this time.

The final table housed the likes of Gerald “Skullman” David who finished in sixth place, and Paul “ActionJack” Jackson who fell in fourth-place.

Other Side Event Action

Shout-outs have to go to Chris Bartlett and Daryosh Rossookh who won the £150 No-Limit Hold’em and the £165 Omaha 4/5/6 respectively.

Bartlett overcame 104 opponents on his way to netting £2,995 while Rossookh banked £5,066 after outlasting 112-opponents.

Day 1A of the £100,000 guaranteed GUKPT Manchester Main Event is done and dusted with Dan Stacey topping the chip counts overnight.