Neigh way! Police are now breath testing HORSE RIDERS to check they are not under the influence of alcohol

Horse riders are being targeted by police to make sure they are not going for a joy ride while under the influence of alcohol.

Riding a horse while drunk may be a good alternative for drink driving, but it is illegal in most Australian states.

Horse riders are believed to have the same rights as any motor vehicle, meaning they are subject to regular road rules.

Beverley Police in Western Australia took to Twitter to congratulate not just drivers, but also horse riders for passing a random breath test. 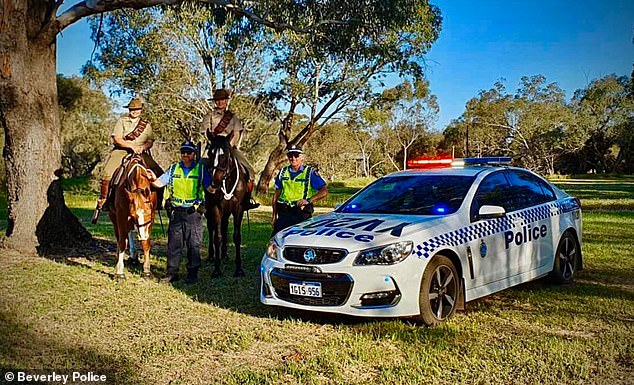 ‘Congrats to the 150 people and two horses stopped at the rbt with no drink drivers,’ they wrote.

Under traffic laws in Western Australia, horses ridden on roads, nature strips, paths and footpaths are treated the same as vehicles.

Not only does this mean they have the same rights and responsibilities, but it is illegal to ride under the influence or to ride without care and attention.

Road rules in South Australia also consider horses to be regarded as a vehicle, meaning rides are subject to the same road rules as drivers.

For those in New South Wales, people can be charged with riding a horse while under the influence of alcohol or another drug.

The laws in Queensland are quite strict, with one woman in Logan finding out the hard way last year when she was arrested for riding her horse through a drive-through bottle shop.

Charmaine Maguire was four times over the limit when she was on her horse Skippy, carrying red wine in a fruit juice bottle last June.

When staff refused to serve her at her local Logan City Tavern, police arrived and informed her riding her horse was the same as driving a car. 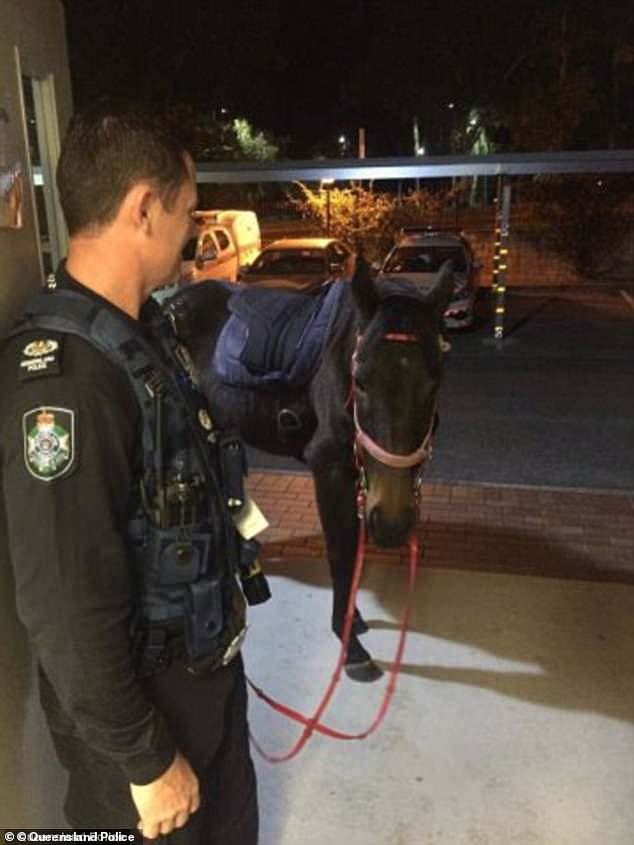 The laws in Queensland are quite strict, with one woman in Logan finding out the hard way last year when she was arrested for riding her horse (pictured) through a drive-through bottle shop

The maximum penalty for drink driving an animal is $4,000 or 9 months behind bars in Queensland, but does not involve any licence disqualification.

In the Australian Capital Territory, riding an animal on a public street or place while under the influence of alcohol can result in a $5,000 fine or six months behind bars.

While most states have laws that specify riding a horse while under the influence, Victoria’s law outlines being in charge of a ‘carriage’ while drunk.

‘Drunk in charge of a carriage’ offences date back to the days of horse-driven carts and seem to have not been updated since.

However, police in Victoria only have the power to breath test those in motor vehicles, so horse-riders may be in the clear.

Victoria Police told Daily Mail Australia that while people cannot be breath tested for riding a horse, they can be arrested for being drunk in a public place.

NRMA has warned that because horse rides are subject to road rules in all states, it also means people on horseback need to abide by the speed limit and not to use a phone while riding.