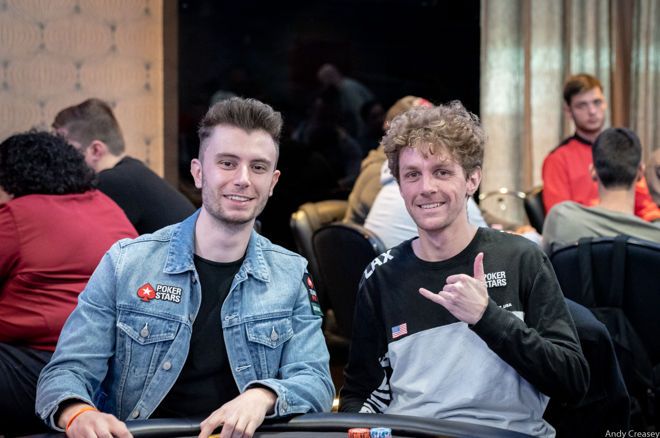 This is not only a record guarantee for the Sunday Million but for any tournament ever offered in the long and storied history of PokerStars.

There’s still plenty of time for you to satellite in for just $0.90, and to get you in the mood we’ve been speaking to several PokerStars Team Pros about their Sunday Million memories.

The satellites tournaments are running already!

Join the online qualifiers at PokerStars and secure an early seat into this MASSIVE Sunday Million. The action starts at $0.90!

Having first played the Sunday Million back in 2010, Hayward admits that he has even had dreams about winning the prestigious tournament.

“I’m talking about literal dreams!” Hayward told PokerNews. “I would wake up in the morning after eight hours of a stressful poker grind, to find that not only have I just played eight hours of poker in my sleep, but the session hasn’t even begun, and I’m already on a downswing!”

We asked Hayward how prestigious he thought the Sunday Million is in the current online poker landscape.

“In my opinion, it’s a staple not only of PokerStars but online poker in general,” Hayward told PokerNews. “It’s become the most recognizable and reputable tournaments on the internet since online poker even became a thing!”

Although Hayward can’t remember where he finished exactly on his best ever result in the Sunday Million, he says he believes it was in the top 200 for around $900. However, he remembers his very first time playing the tournament much more vividly.

“I remember having mixed feelings,” he said. “Of excitement…and fear! Both of busting, and of winning. The idea that I could win the Sunday Million at age 18 or 19 was actually a pretty daunting prospect.

“It’s certainly one that I wouldn’t have said no to!”

The new ‘Aurora’ game engine is going to change everything. See what’s new on the world’s largest poker site.

Although this event is nearly two months away, there are already direct satellites starting at just $0.90 to qualify to what promises to be an epic tournament.

Hayward says the accessibility of the tournament is one of the reasons it has become the biggest tournament on the internet.

“I think once the field size of ANY tournament, not just the Sunday Million, gets over 20,000 entrants it starts to become a once-in-a-lifetime deal. There is serious life-changing money at the top and although it would not necessarily be a mistake to miss this event, it would definitely be a missed opportunity for any player with any ambition in regard to poker.

“It’s a chance for life-changing cash and if you make the final 27 and onward, you have a chance to essentially be immortalized in poker history!”

The Stars Group owns a majority shareholding in PokerNews.