Unibet Open Heads to Dublin on Feb. 25 to March 1 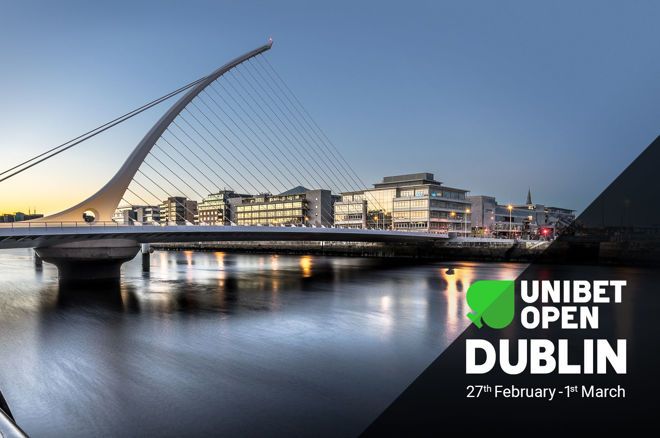 The Unibet Open heads to the Irish capital of Dublin for the third-time in festival history for tons of poker action, parties, and other exclusive events from Feb. 25 to March 1 at the Bonnington Hotel Dublin.

The event was a smashing success the last time around when United Kingdom’s Paul Jux Holderness finished on top of a field of 359 entrants to win a huge top prize of €74,900 ($84,976).

PokerNews will be live reporting the highlight of the festival in the Unibet Open Dublin €1,100 Main Event.

Qualify to the Unibet Open Dublin!

Join satellites only at Unibet Poker to the Unibet Open Dublin every Wednesday and Sunday.

There is still plenty of time to qualify exclusively at Unibet Poker where every Sunday you can win a Unibet Open package and every Wednesday you can play for a Unibet Open Main Event seat.

About the Main Event

The Unibet Open Main Event is one of the best tournaments in Europe. It is a throwback to the past where players can’t fire in an unlimited amount of bullets.

As we mentioned, the tournament is practically a freezeout. The only qualification here is that the tournament allows for a single re-entry provided that the second bullet is used on Day 1c.

Players that survive the opening flights will fight it out on the felt for two more days on Feb. 28 and March 1 until the third-ever Unibet Open Dublin Main Event champion is crowned.

In addition to the Main Event, players at the Unibet Open have plenty of satellites and side events on the schedule to choose from.

The ever-popular #Queenrules Ladies Event, featuring an affordable €90 buy-in is also back on the schedule.

Unibet Open fans will also be entertained by the three invitational events on the schedule including the Tag Team Championship (Feb. 26), the Unibet Battle Royale (Feb. 27), and the Unibet Community Freeroll (Feb. 29).