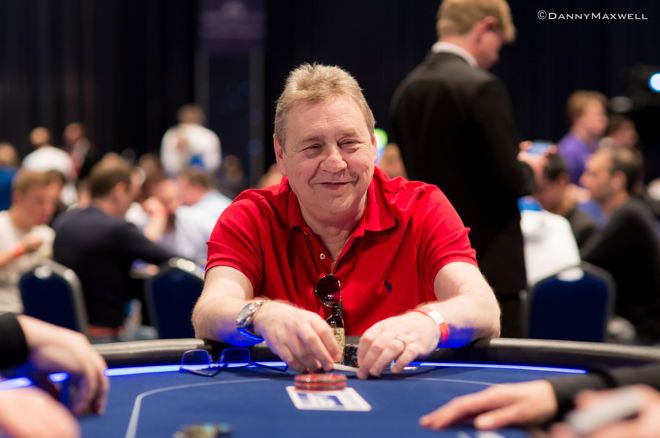 While he piled up almost $4 million in cashes, Gale will be remembered most for his polite demeanor at the tables, and he’s survived by his wife Shirley and four children.

“Poker has lost a lovely man, and he was an absolute credit to the game,” Kendall wrote. “Thoughts go to Shirley and his family.”

Gale on the Felt

Born in London in 1953, Gale left school at 16 and eventually started a business consulting for other companies before they went public on the stock market, according to a Poker Listings bio.

While working full time, he took up poker, with his home casino being “The Vic” in London. He also played online, where he won a satellite into the 2005 PCA.

Gale then sold his business to concentrate on poker full-time, cashing four times at the 2005 WSOP. It was here he would earn the “Gentleman” nickname after a heads-up loss in the $5,000 Pot Limit Hold’em to Brian Wilson.

Down 10-to-1 in chips, Wilson mounted a stunning comeback, hitting miracle outs and storming back to deny Gale the bracelet. According to reports, when Wilson finally clinched victory, Gale extended his hand and warmly embraced the winner.

The following year, Gale took down a bracelet of his own, with Nolan Dalla’s tournament recap entitled “When Good Things Happen to Nice People.”

“Gale was tearful after his well-deserved, crowd-pleasing victory,” Dalla wrote. “He hugged many well-wishers in the stands and it took several minutes for Gale to compose himself for the post-tournament festivities.

“Poker is a game of peaks and valleys. Many valleys, in fact. Only one player in each tournament can see the winner’s view from the summit. As Gentleman John Gale discovered, wallowing in the World Series valley for a while makes the summit’s view all the more magnificent when it finally comes. Oh, and how magnificent the view is.”

Gale would be a regular on the poker scene on both sides of the Atlantic, but pursuits on the international circuit were put on hold by a major health scare.

In 2012, he was diagnosed with a brain tumor and was forced to undergo surgery. However, pre-op checks unearthed further complications, that necessitated open heart surgery to get him fit enough for the brain surgery.

These serious medical issues threatened to keep Gale from the poker tables forever, however he returned to Las Vegas in 2015, against doctor’s orders. The return proved triumphant, as he won his second bracelet in the $1,000 No Limit Hold’em Turbo for $298,290.

“My doctor told me I shouldn’t fly,” Gale cracked to PokerNews. “I said I’d compromise; I’ll take the plane. I’ve missed the last three WSOPs, and I’ve been miserable as hell every time. I’m just so thrilled to be back here.

“This is wonderful, and this is unexpected, so yeah, it meant an awful lot that first one, but the second one, it feels wonderful. It’s absolutely fantastic.”

Gale continued booking cashes throughout 2015 and 2016 but then had only one recorded score since 2017, according to The Hendon Mob.

It’s unknown at this time what role, if any, the previous health problems had in Gale’s death.