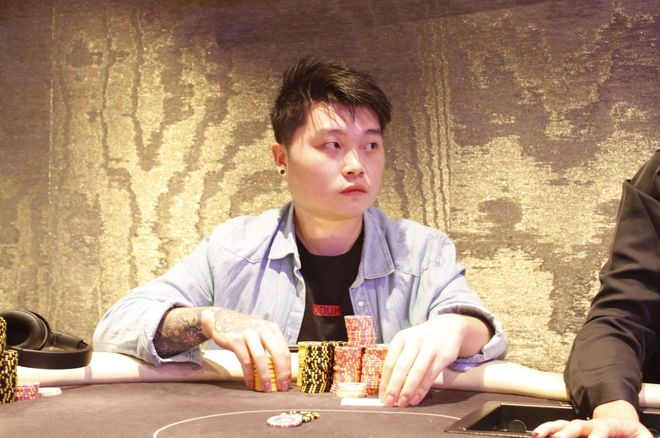 A hectic first day of the €2,750 High Roller at the World Series of Poker International Circuit Holland Casino Rotterdam has come to an end after fourteen levels. Initially, the tournament was supposed to play twelve levels of 40-minutes each but during the first level of the day, all players agreed to change the duration of the levels to 30 minutes and play 14 levels instead. During the day, 57 entries were made to the biggest buy-in tournament of the series and only 21 players have made it through to Day 2.

David Hu finished at the top of the chip counts with 316,500 in chips. Hu chipped up early in the day and kept chipping up throughout the day to get to the top of the counts and stay there. Hu is followed closely by Gary Hasson from Belgium. Third in the counts is Tom Vogelsang with 266,900 who was happy to have bagged more than Teun Mulder who finished fifth in the chip counts with 208,200. Joris Ruijs takes fourth place with 234,000 after having had to reenter at some point in the day.

Gazmen Bekteshi, Vojtech Ruzicka, and Roland Rokita were the only other players to have bagged an above average stack. But the rest of the field contains many well-known players still in the running. Players like Jonathan Abdellatif, Govert Metaal, Gregory Luttke-Grech, Alexandre Reard, Rens Feenstra, and Zhong Chen have all found a bag to put chips in.

Late registration will remain open during the first two levels of Day 2. The 21 remaining players will return to the felt at 1 p.m. local time on Tuesday, November 19 to continue to battle it out to try and win the coveted WSOP circuit ring that awaits the inner. Play will continue with a restart of Level 14 which features a small blind of 1,500, big blind of 3,000, and big blind ante of 3,000. The level duration will be increased to 40 minutes each.

Arrests after motorcycle riders spook horse in woods
4 hours ago

Who will secure the No. 1 seeds?
6 hours ago
New Casinos

Arrests after motorcycle riders spook horse in woods
4 hours ago

Who will secure the No. 1 seeds?
6 hours ago